Statement from the Deacons concerning the inaccurate social media post by Vernon Lyons on March 27, 2020

You are here:
Statements 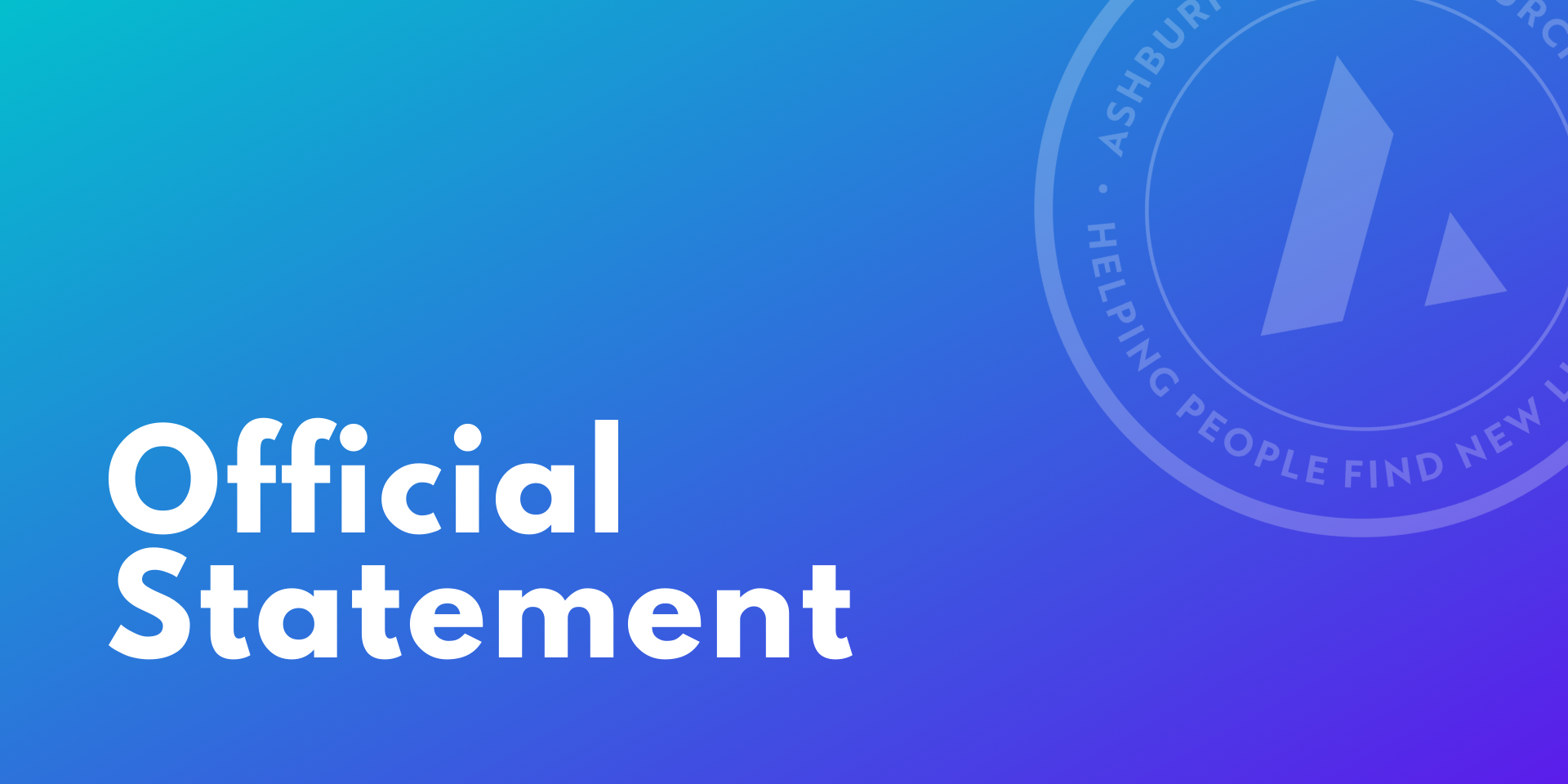 The Deacons of Ashburn Baptist Church have worked diligently to prayerfully present for your approval a budget for the upcoming 2020-2021 church fiscal year. This budget includes many exciting ministry opportunities that the Lord has allowed for our church, such as: adding an Arabic ministry to reach the thousands of Arab people in the Orland Park area; adding a worship minister to lead our music department; and, a new minister to lead the Chicago church (with the retirement of Jack Strickland).

The new year and budget includes many staffing decisions – not only seeking to fill the worship leader and Chicago English minister positions, but also transitioning Pastor Vernon Lyons from Associate Pastor to Pastor Emeritus – an honorary, non-salaried position that frees him from daily ministry responsibilities while still retaining the title of Pastor and all the honor that he deserves.

Pastor Lyons has served faithfully and tirelessly for almost 7 decades, and is due the greatest of admiration and thanks from the Ashburn family. This transition of his position is in no way meant to diminish his accomplishments or to disrespect his dedicated life-long efforts given to the church. It is a necessary transition for which the church has been preparing by paying into a retirement fund for Pastor Lyons for many, many years. In his new role Pastor Lyons will continue to receive a monthly allotment for health care and mileage reimbursement, and will still teach his Bible class and lead the Ashburn Baptist Bible Institute.

We want to thank the many members of the Ashburn Baptist family who have sent encouragement our way, and prayed for us during this arduous process. Please continue to pray for the church, the pastoral staff, and the deacons as we approach a new year which will see the Lord bless His church.

*This statement was read publicly on multiple occasions at all of our church locations.

Statement from the Deacons concerning the inaccurate social media post by Vernon Lyons on March 27, 2020

As has been shared with the church in multiple public meetings this month the decision was made to transition Pastor Vernon Lyons from Associate Pastor to the honorary role of Pastor Emeritus at the end of the current church year. (see Statement from the Deacons, March 4, 2020). Due to the current shelter-in-place mandate, which prohibits our church from holding in-person services and impacts pastoral care visits, coupled with his public statements of non-support for the manner in which Ashburn leadership is working to ensure the safety of people, the date of his transition was moved up to March 24, 2020 and Pastor Lyons was informed in a private staff meeting. At no time was Pastor Lyons fired from his position as Associate Pastor but transitioned to a new role as Pastor Emeritus. He was assured that all financial obligations of his current contract would be met, and as publicly shared with the church, the new role would include benefits including well-being compensation for life.

Sadly, on March 27, 2020 Pastor Vernon Lyons purposely posted an inaccurate statement on social media stating that he had been fired and evicted from his office. His decision to post this message immediately caused confusion, anger, harsh words, and division among the Ashburn family and many people outside the church — an inflammatory and damaging result he knew would happen, as was the case recently with a direct quote from him that was shared on social media, and also proved to be untrue. This posting, knowing it would undoubtedly cause hurt and strife among people, was a clear breach of pastoral protocol by Pastor Vernon Lyons and an inciting of division.

The Deacons of Ashburn Baptist on many occasions have asked Pastor Vernon Lyons to accept the new role of Pastor Emeritus graciously, and to continue to serve God’s people with honor. He has both privately and publicly, multiple times, stated his refusal to accept this role. Regrettably, the Deacons of Ashburn have no choice but to accept Pastor Lyons’ continued refusal to be Pastor Emeritus as a resignation.

Statement from Pastor Thompson on Tytel’s private meeting with church members on May 20, 2020
May 22, 2020
UPDATES
Categories
Go to Top